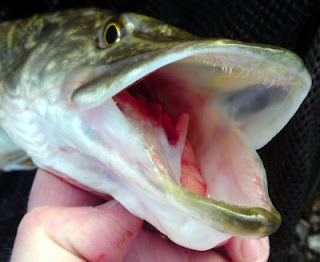 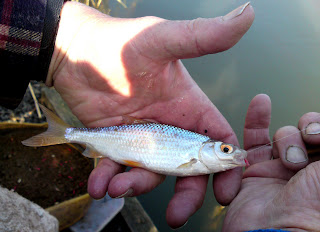 I have a big weekend coming soon up on a large body of water… I’m looking forward to it with, if I’m honest a little bit of trepidation. I fish the margins from the shore and have never fly-fished afloat… I can feel the pressure mounting!!

This morning I decided to have a foray on the lake, the real intention was to test all the lines out on the two rods and see which matched what… I have ordered a new sink tip line that should rock when I get it!

0600 hrs, a fantastic morning appears and I have the lake to myself… a stiff breeze mind and not that warm. Fish… err what fish… they’ve gone! Gone from the margins! Two weeks of spawning has ended… how soon before the carp start?

I practiced with various flies and lines BUT the killer combination has to be the intermediate line… BUT I’m really not that happy with it and I’ll get it looked at next week to see if it is a rogue line. Add to that my bucktail and funky fibre fly and we score again… 4lb fish nice fight… it engulfed the fly!

The red and white Icelandic sheep fly did well… but not that well as I missed out on a cracking 12lb fish… never mind!

Oh and that nice little roach… fin perfect beauty that waddled off after being put back only to be swallowed up in a pikey swirl seconds later!

Kit wise I’m waiting for a test on a new 4 piece blank from Harrison Advanced Rods… hopefully soon so that I can get it ordered, I’m putting up with the Ron Thompson as a second rod at the moment!!
Posted by David Edwards at 14:45 1 comment: 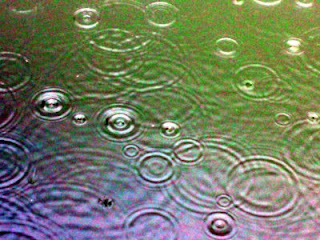 It did rain BUT that has nothing to do with the stopping play! Why?

OK, my thoughts were that the pike were starting to spawn last week and I wasn't wrong! I arrived on Friday with the temperature having been fairly static. I Immediately saw my pike but with a few battle or were they "lurve" scars from spawning? This pike was not interested in feeding as a white bunny bug was dropped in front of its nose... it wouldn't even strike in anger!
In the next bay a couple of pike were rattling around the reeds... OK, I hate to be disturbed as well... We'll leave them to it for a while.
I'll be back!
Posted by David Edwards at 23:12 3 comments: 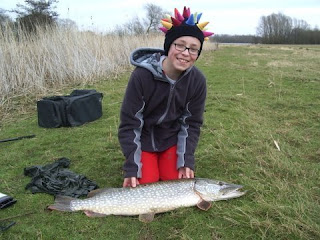 My kiting pal David Tough sent me this email:

"Dave, Been trying to get a double out of this section of river for years, and then Dan goes and catches a 14lb 8oz grrrrrrrr. That's my piking done for this season. David"

Carping on about how good fly fishing is! 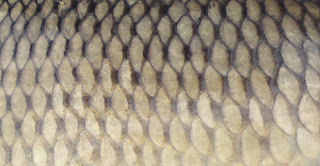 The answer to Thursday’s dilemma?

OK it didn’t take me long to decide… The stillwater won!

Why? Well based on the fact that I want to “learn” this water through all its seasonal changes it was the right move to make.

The weather was settled and we’d had a rising barometer… was it going to be good?

I awoke to a second morning in a row with a frost… thermals on (was I going to regret this move?) A couple of rounds of toast and off to the lake for 9am… a bit later than anticipated but with having had a busy week and the drive… c’est la vie!

Having tackled up I used the Thursday night pattern and fished the bay I’d lost in last Friday… nothing doing at all and so I moved on. The next bay I changed pattern and cast around the structure available… along tree lines and the soon to be sprouting reeds I then put a few cast into open water and counted down and stripped back putting a pause in about 15ft away from the bank… a slab side emerged and turned away the full flank catching the sun… although not with the sun directly behind me I thought that the fish might have seen me! Was that the case or was something a foot. That first fish was about the 12-14lb mark. I than changed back to the Thursday fly and fished directly ahead of me stripping back at a quick and steady pace… second cast the same principle… and at the end slowing it right down… as I brought the fly within 2 foot of the bank a pike of 3-4lbs came into view from the depths… I stopped the retrieve dead and waited, I saw the pike think for all of 4 seconds… and it was literally on the tail of the fly and then it struck… I should have waited for it to run before striking and therefore suffered a loss. That was painful!

I remained in the bay trying to recreated the moment and fished my new fly along the snaggy edge of the lake… what was to happen next was so interesting that I lost myself in the event totally… I saw a small mirror carp come into the shallows and start to “nest” into the dead reed bed… was this fish close to spawning or sun bathing? One thing is for sure it took my mind off my fly and when I continued the retrieve I succeeded in hitting a right royal snag! Lost fly!

Having done the round and stopped for lunch I moved back to the second bay… another angler was fishing for carp, but was happy for me to cast toward him for the pike… during the rest of the afternoon I spent the time teasing pike with flies… they were having none of it… slow, fast, medium or stationary they were having nothing of it… one pike had very distinctive markings and having looked at photos of those captured, I think I’ve handled this one before!

Late afternoon action was seen out with a flurry of carp to the chap who kindly allowed me to fly fish toward his swim… His best a 13.5lb common carp (full to bursting with spawn!) and 10.5lb mirror carp.

I went home feeling that I’d had a great day out!

Posted by David Edwards at 08:27 No comments: 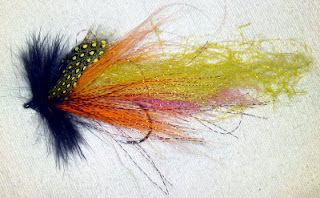 Sheesh! I've spent the evening ensuring my leaders and traces are up to it for tomorrow... and then I decided to tie a fly that might get noticed!
But where am I going to chuck it? River or lake... and the closed season on rivers is a week on Saturday... the 14th March looms close... well not quite... I'll get the salmon flies out then!!
I'll sleep on it!
Posted by David Edwards at 23:25 No comments: