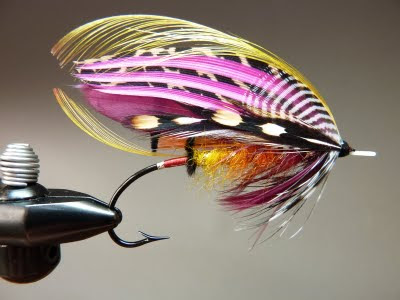 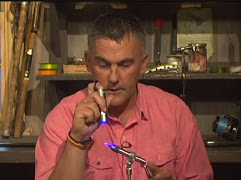 It’s been a week since the BFFI (British Fly Fair International)… and I’ve hardly had time to reflect fully on the weekend. BUT it was an excellent weekend. It is always good to catch up with friends and make new ones along the way and this was the first show that BUG-BOND™ had retailers in attendance. Pat Stevens of FlyTek and Neil Anderson of Angus Angling were flying the BUG-BOND™ flag and fly it well, they did. Both retailers sold out of their stock and also the reserve stock, the new BUG-BOND™ Professional UV light was introduced into the equation (the new light was an absolute knockout and really does set the benchmark in affordable high quality curing lights!). Only one bottle of BUG-BOND™ Lite from the reserve stock was left… credit also has to go to Ian Christie of Flybox who was knocking out his BUG-BOND™ buzzers on Neil’s stand like he was shelling peas!

The BUG-BOND™ Pro-Tying team was out in force and they were supported by a growing number of fly-tyers both on and off the main tying area using BUG-BOND™ (I am grateful to them for their continued support). I am also pleased to announce that Skúli Kristinsson and Paul van den Driesche have joined the team. Skúli is famous for his racks of salmon flies that in their boxes look like vast regiments of identical soldiers without a hair out of place. Paul on the other hand ties fantastic realistic flies… he presented me with a fishable wasp that was so realistic it flew away from Pat Steven’s FlyTek display stand! Paul thankfully tied me a second wasp… So a word to the disappearing wasp… “You are sorely missed… Pat will be at Scone and at Blenheim over the coming months so if you feel like taking up residence in your fly clip we’d be happy to see you!”

There are times when you are taken by complete surprise and I had two such occasions at the BFFI… one of the most revered areas of fly tying has to be the classic salmon fly and I was amazed when Bruno Pimpanini showed me a classic fly tied using BUG-BOND™… I had to have one of his flies and it will be framed and take pride of place on my wall.

The other surprise was from Chris Reed; Chris ties fantastic flies, however his main job is that of a cabinet maker. We’d talked about a tying station for a while and at the show he presented me with a fantastic tying stand for my vise and a matching fly stand. The brass holder for the vise is from Riny Sluiter… I cannot describe how well made it is and if you’d like a stand making let me know and I’ll pass your details on to Chris… it oozes quality! I might regret that I didn’t buy one of Riny’s new tube fly heads for the Regal… Riny, I’ll see you in Galway!

I have to thank Chris Sandford for giving me feedback on the flyers, banners and the new Pro-Tying team badges… they look fab in the flesh and stand out well in the photos of the show… they also did well at SIM in Italy with Fabrizio Gajardoni!

This week ended well with friend Hywel Morgan being interviewed by Keith Arthur on “Tight Lines” the weekly fishing programme on Sky TV. Thanks to Hywel & Keith for enabling BUG-BOND™ to have its first airing on television. This may be the first time that a UV cure acrylic for fly tying has been demonstrated on TV (certainly in the UK)… who knows! Click here for access to the podcast!

With a lot of help, support and acknowledgement from friends, customers and the tackle trade, BUG-BOND™ is fast becoming synonymous with fly-tying…

Posted by David Edwards at 16:10 No comments: 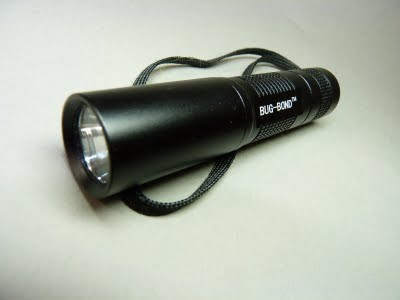 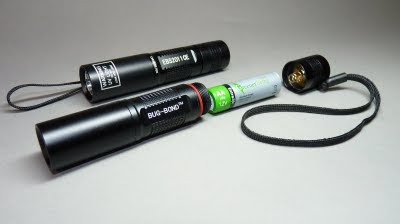 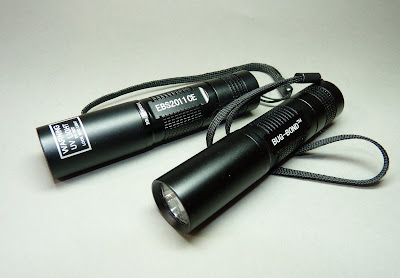 Straight off the production line and onto the shelf is a new addition to the BUG-BOND™ family!

BUG-BOND™ Professional is a new single emitter UV light that will appeal to the fly-tying fanatic, semi-commercial and commercial tyer. This is possibly the sleekest, smartest, smallest and cheapest to run UV light for curing UV cure resin available.

Although committed to providing a cost effective solution to enable the majority of fly-tyers to access the benefits of BUG-BOND™ I also have a commitment to produce a replacement for the acclaimed Nightsearcher that many tyers on the show circuit use. The ability to power a high quality light with a readily available and inexpensive power cell in most countries will give customers outside the UK and those who travel the confidence that they can cure BUG-BOND™ wherever they might be on the globe! Link this with the fact that most rechargeable packs of AA batteries are sold in units of 4 batteries this will provide the fly-tyer with an almost constant supply of UV light that will cure BUG-BOND™.

I am confident that the introduction of the BUG-BOND™ Professional UV curing light will keep the BUG-BOND™ UV cure resin family at the forefront of UV resin development for the fly-tyer and rod builder alike.

The BUG-BOND™ Professional will be available to view at the British Fly Fair International 2011 at Stafford Show Ground, UK during the weekend 18th & 19th June. It will then be available to retailers with effect from 20th June.

Posted by David Edwards at 23:49 No comments: 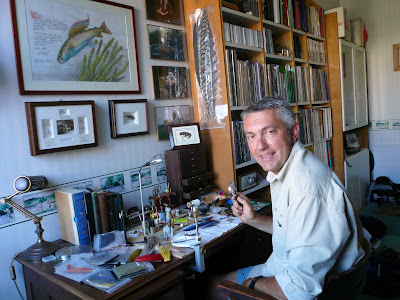 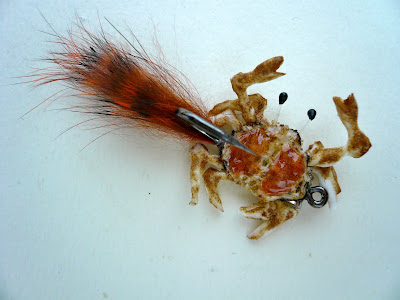 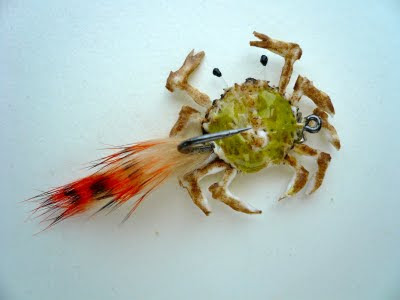 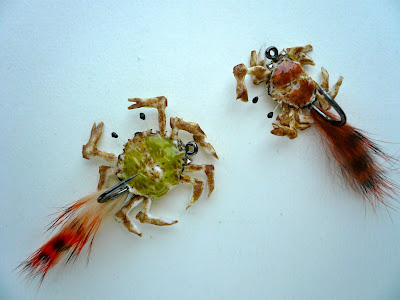 It gives me great pleasure to announce that Fabrizio Gajardoni has become a member of the BUG-BOND™ Pro-Tying Team. Fabrizio is one of those fly-tyers I admire who can turn his hand to any fly, be it wet, dry, salmon, pike, realistic or saltwater. A very talented tyer...
I include Fabrizio's own biography and photos of the man himself along with some of his recent Bug-Bond crab creations... If you are in Italy and visiting 8° SIM FLY FESTIVAL 2011Castel di Sangro (AQ) 18 e 19 giugno 2011 do find Fabrizio and say "Hello"
Fabrizio Gajardoni was born in Rimini, Italy.

He has been fly fishing and tying since 1982. He is an innovative creator of several dressing and he is known for his versatility with every sort of fly, from the dries to pike and bass flies, from nymphs to saltwater flies, from realistic to full dress for salmon.

He contributed with the Italian magazine Sedge & Mayfly and with the American Art of Angling Journal by P. Schmookler.

Fabrizio also features on the CD Realistic Fly Tyers by the Canadian tyer D. Beamish. Recently he attended a couple of editions of the Fly Fishing Show in Somerset (USA). He participated in the Mustad Scandinavian Open from 1997 till 2003 where he won 2 gold, 2 silver and 4 bronze medals in the various categories. His flies can be found on his website www.gajaflies.it 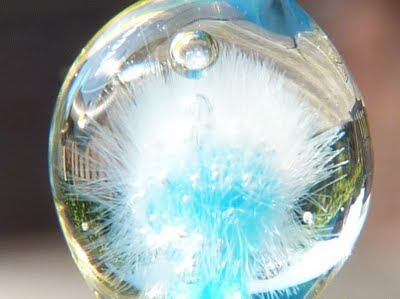 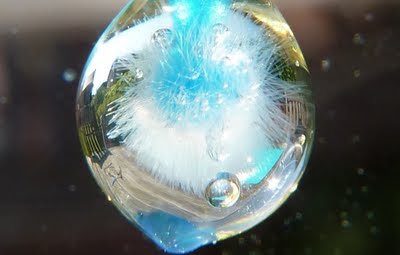 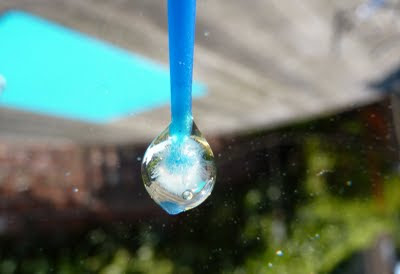 Each batch of Bug-Bond is test cured against the UV lights we have. The test is small microfibre brush dipped and then cured... once tested the brush is destined for the bin... until yesterday. I decided to photograph the cured Bug-Bond just to show how optically perfect it is... on the photo with the dust specks... that's rubbish on the lens... you can see that I took the photo outside. The background is out focus (in the bottom photo) but as we look into the cured Bug-Bond we can see what was on the table... can you see? As a clue look toward bottom left in the centre photo... click on it to enlarge it. Oh and I wiped the lens for the top shot!
Oh its the British Fly Fair International in Stafford next weekend... we'll give you advanced warning... we are really looking forward to the show!
Posted by David Edwards at 18:52 1 comment: