B-B-G-B does it in style with Chris Sandford 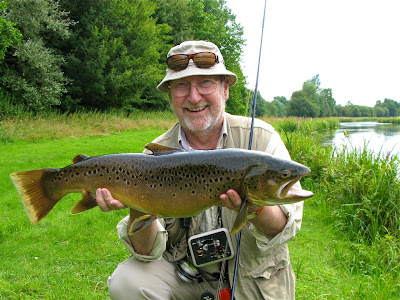 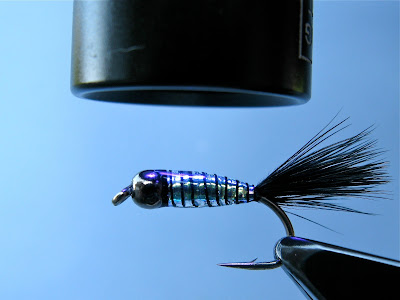 Quite a few weeks ago I reported on how the B-B-G-B fly of Chris Sandford had helped him and his team retain the 'River Test One Fly' competition... and latterly I had a day out with Chris on the River Test.

Well Chris has been out again and sent me a great email enclosing a few photos... I'll share just one with you. The fish above is a brown trout of 9lb 12oz and was caught on the B-B-G-B aka the BUG-BOND-Glass-Bug!

Chris had 3 further fish that day... the smallest being 3.5lbs, then one at 8lb, one at 10lb 2oz but the prettiest by far is the above fish at 9lb 12oz... Interestingly two fish were taken on the B-B-G-B, one on the Ducking Feadly (both of these flies are BUG-BOND derivative flies) and one on the Mighty Eric...

To get the perfect tack-free finish Chris has achieved in his photo you need to ensure that you have fresh batteries or newly charged batteries in your UV light... the photo above shows the correct distance from the subject... remember light travels in straight lines so you need to rotate the fly so you get complete exposure to the UV light this will result in a full cure that is tack-free. You can see Chris tie the B-B-G-B in glorious Technicolour in his latest episode of STUFF his fly tying and fly fishing video magazine... more info can be found on his website www.chrissandford.com

Posted by David Edwards at 10:38 No comments: 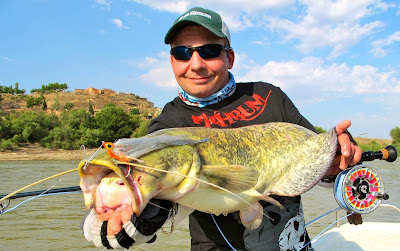 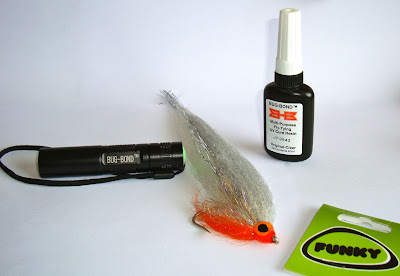 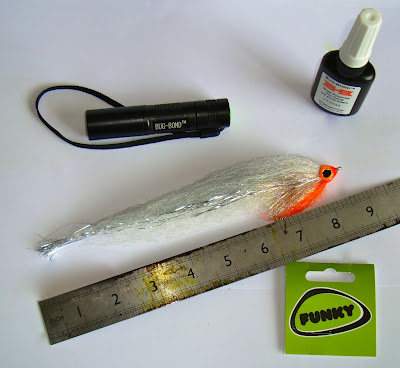 I love getting photos from users of BUG-BOND... Alex Wilkie is one happy chap after his recent trip to the  River Ebro in Spain... using a 9 inch fly tied using Funky products and BUG-BOND on a Mustad 6/0 hook on the end of a 13wt rod, Alex tamed a Wels catfish... Thanks for sharing Alex!
Posted by David Edwards at 15:06 No comments:

North Wales and the Butcher... It's a kind of magic! 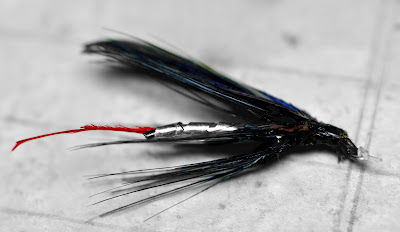 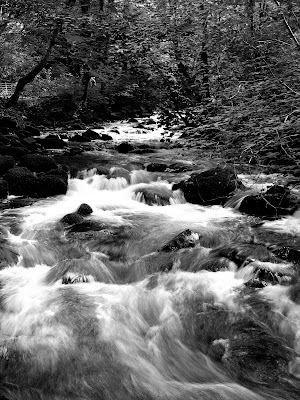 The Welsh river where the magic began

My father told me that the Butcher fly pattern always did well for him in Welsh rivers...

This weekend was a bit of a travel back in time for me as I drove into North Wales... I was looking the source of the magic. To chase wild brown trout in rivers and lakes with an outside chance of a sea trout or a silver tourist.

The 48 hours was fun packed on trout that played with me and jeered at me... then I put the Butcher on.

The line swung round and the fly was going to just in the right place in the river... bang, fish on. It was a solid take and perhaps a good fish but not the wild brown I was expecting... there was a flash of bright silver... playing the fish hard the line went slack... I retrieved the line cursing that I'd lost a fly and the fish... the photo tells the story!

This particular Butcher was tied in a possibly a 10 year window between 1947 and 1957... the specimen was out of my dad's fly box that I carry with me as a 'totem' on freshwater excursions. As a child I loved the iridescent blue hue on the wing, the starkness of the silver body and the tiny red tail... it was one of a very few 'brighter' flies in a box full of 'dull' & 'dark' flies that fascinated me as a youngster.

Will I be using other flies from the box... I think not, however, I'll certainly tie up a few Butchers.

Did I find the source of the magic - I most certainly did!

Posted by David Edwards at 07:12 No comments:

C is for Chris & S is for Sandford and his STUFF! 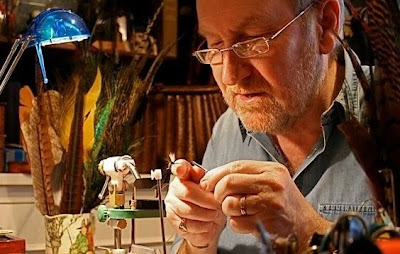 My good friend Chris Sandford has put the third episode of his video magazine up on his website... Fly tying in abundance in this issue... you'll find the use of Taser wire quite shocking and it gives the trout a fair old jolt as well... books, fishing books to be precise - I do love books... The BUG-BOND-Glass-Bug is a winner and then as a finale Chris gives you a look at his vintage tackle... do have a look, you'll enjoy it!

"At last! ...I hear you cry..... ‘STUFF’ 3!
In this enthralling episode we tantalize you with a Taser Bug...Humour you with history...Tie the One Fly winner and reveal my vintage tackle!" Chris Sandford

Posted by David Edwards at 22:53 No comments: