Chris Tarrant and the Dream Team win the ‘One Fly’ 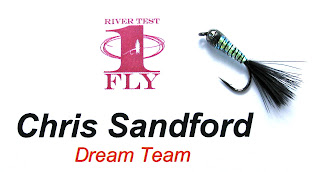 This year’s Dream Team of Chris Tarrant, Geoffrey Palmer and Chris Sandford managed to defend their winning title from the last ‘One Fly’ competition, by coming joint first with the ‘Fly Fish Map’ team, each with an equal 1510 points.

Organiser Simon Cooper sent off ten teams of three from The Peat Spade in Longstock, to 30 different chalkstream beats. All participants knew that they could fish with only one fly, and if they lost it, they were out!

In the last ‘One Fly’ competition, the winning fly was Chris Sandford’s ‘Ducking Feadly’. This time he presented his team with his new, ‘Bee-Bee-Gee-Bee’ (The ‘Bug Bond Glass Bug’). Said Chris, “My first job was to design a fly that is virtually indestructible, heavy enough to search those deep runs, but also stay within the rules of the competition”

Chris Tarrant commented… “I’m thrilled to have won it again! It was a really difficult windy day and we all found it tough, but I’m sure the ‘Bee-Bee-Gee-Bee’ made a big difference!”

When Geoffrey was asked to comment on his role in the winning team, he said.  “Can I go home now?” 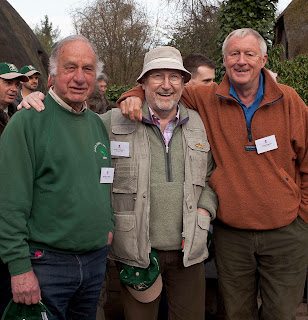 Permit me to entertain you! Exmouth Part 1 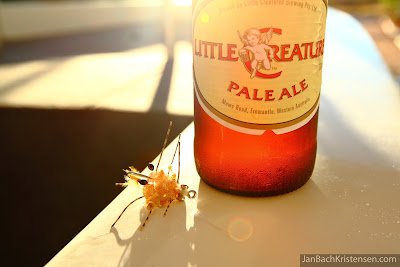 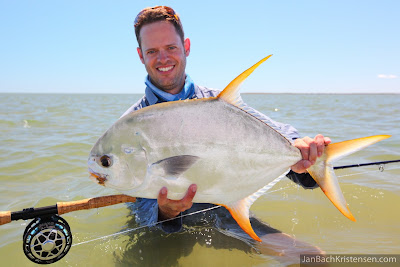 I have some good friends in fly fishing and it is fantastic when I get an email to say that they've hooked up and the result is a great trip for all.

One such email was from Jan Bach Kristensen from Denmark (yeah... you recognise the name... Tapam... THE tarpon film). Well Jan had been to meet up with my pal Jono Shales who owns Exmouth  Fly Fishing in Western Australia, Jono is acknowledged to be one of the finest saltwater guides there is and the results are there for all too see on the Exmouth Facebook page... Amongst the Tuna and the Gold Trevally that Jan and his fishing partner Nico Eriksen caught there was one standout shot for me and that was Jan with his Permit. As Jono reported, Jan had tried in in 4 countries to land a Permit but it wasn't until this trip he succeeded in landing this much sought after fish!

Talking to Jan about the capture he asked me whether I'd like a copy of a photo of the crab fly as he'd tied it using Bug-Bond. It's another win for BUG-BOND... I don't mind fishing vicariously guys - honest!

Thanks for the photos Jan and congratulations on such a great capture!

Posted by David Edwards at 16:13 No comments:


My good friend Chris Sandford has released Episode 2 of Stuff on his website www.chrissandford.com

Enjoy!
Posted by David Edwards at 18:42 No comments:

BUG-BOND have you made the connection yet?

It’s been documented here in my blog and social media sites in addition to fly fishing magazines the other uses of BUG-BOND.

The first that I’ll recap on is the creation of a loop on the end of the fly line or connecting braided loops to a fly line. 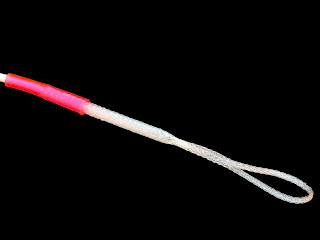 The first documented test of BUG-BOND used in this way was by Tom Gorman on his annual sailfish pilgrimage… in 2010 we had spit outs as well as a shortage of fish, in 2011 Tom had his first sail on the fly his connections were BUG-BOND… here is the link to that original blog post  http://deesox.blogspot.co.uk/2011/04/bug-bond-and-first-sailfish.html

The next loop connection article was published in “Total Flyfisher Magazine” in May last year and was written by Barry Ord Clarke “The Confessions of a Glue Addict”… and this was reproduced in part here http://deesox.blogspot.co.uk/2012/11/bug-bond-how-to-on-rod-and-line.html . Barry’s loop was the creation of a new welded loop on the flyline… I tested this method on my own Scientific Angler’s Mastery Pike WF9 fly line… almost 12 months on and the loop is still functioning perfectly. 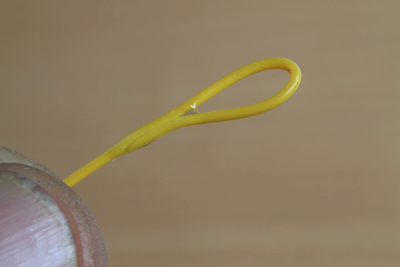 For my recent trip to Norway I had a ruck of new fly lines in front of me and no factory loops on any of the lines. I also took the opportunity to take old fly lines and renew the loops that had been placed on the fly lines many years ago. Speed and ease is the name of the game especially when you are up against a fast approaching deadline! 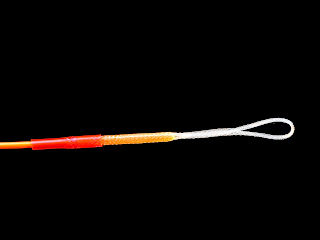 I selected Roman Moser Minicon trout loops… I have always used them – there are others but I had these to hand. Now this is really a very simple operation… 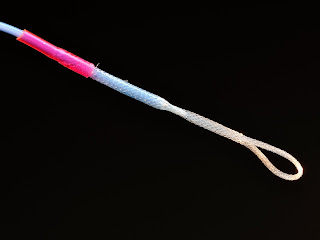 ·         With the hand strap of the BUG-BOND UV light hang it from your fly tying lamp and switch it on
·         On the braid encased fly line place a drop of BUG-BOND Lite  - small amount and ensure that you coat fully the tip of the fly line (NOT the loop).

·         Release the tension on the loop and there you have it - a smooth, flexible and strong connection 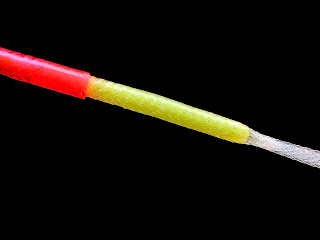 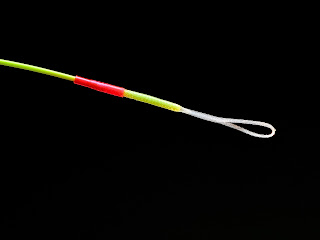 Roman Moser Minicon trout loops are designated as 8kg/16lb – By following the Roman Moser instructions and applying BUG-BOND Lite and then testing on a spring balance we registered a weight of 20lbs without failure of the loop or the connection.