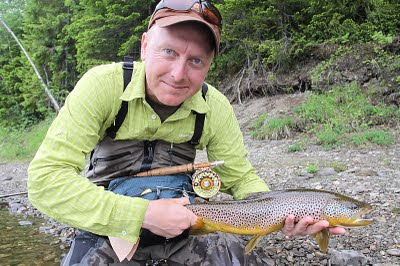 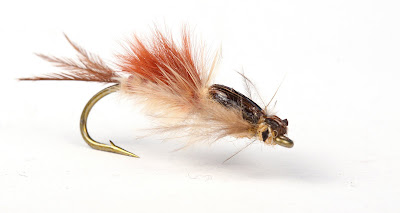 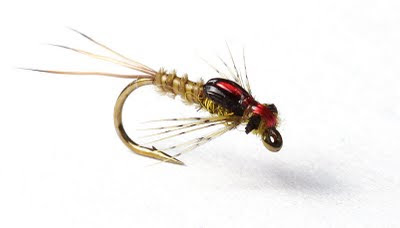 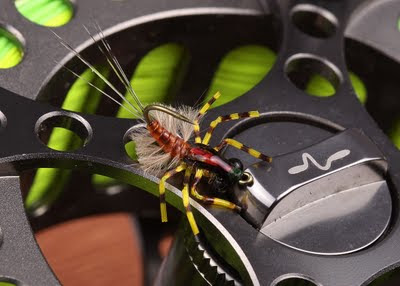 It gives me great pleasure to announce that Rune Stokkebekk from Norway has joined the BUG-BOND™ Pro-Tying Team. I've corresponded with Rune for quite a while now and I felt that as the interest in Scandinavia is increasing we needed to increase the team in that part of Europe... I won't bore you with futile scribblings I'll let Rune tell his story... BUT do watch out for Rune's video's on the net...
"I have been a fly fisherman since I was 14 (in 1988). A friend of mine got this fly tying kit for Christmas and it looked like a nice thing to do. At that time fishing was not a big hobby, skateboarding and skiing was the thing. But our family holidays often went north to the mountains which does not have much asphalt for skating. So I had to do something else, fishing it was. The first years of my fly fishing "career" I fished with worms and fly. As soon as I had fish on the worm I switched to the fly (the day was saved). So it went for a few years until I decided to let the worm stay in the ground and do a serious attempt to learn fly fishing for real. Since I was 18 I have been a dedicated fly fisherman.
I started to tie flies after books and articles in magazines and my youth heroes was persons like Staffan Lindstrøm, Lennart Bergqvist and Pål Krogvold. They are still my heroes in fly fishing and I am grateful of all the knowledge they have passed on to other fishermen.
I live in the south eastern part of Norway. At home most of my fishing is done in large and smaller lakes. After a couple of months I get tired of this and have to seek up running water. I spend 2-3 weeks fishing in rivers each year. The Norwegian winter is very long, a good cure is to take a short flight to Ireland. I have been over there every year since 2003. I love the great western lakes!
Fly fishing has become my profession too. I started to work for Guideline in 2006 and still do. I have my own website as well the address is www.fluefiskesiden.no and it have been there since 2000. I frequently write articles on fly tying for Norwegian magazines."
Welcome aboard Rune!
Posted by David Edwards at 08:18 No comments: 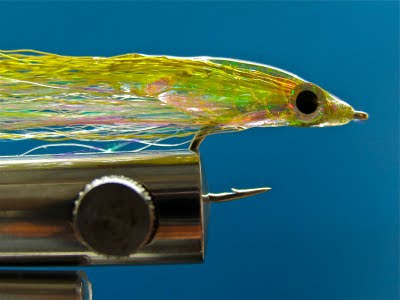 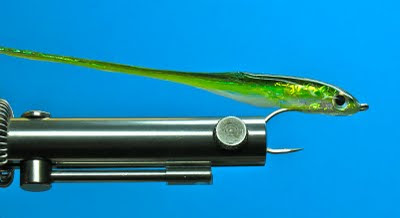 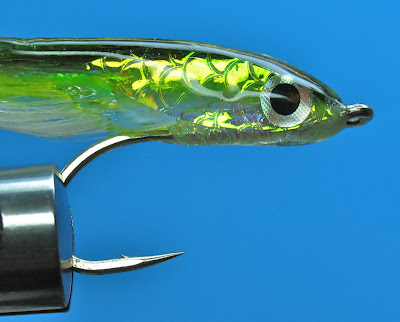 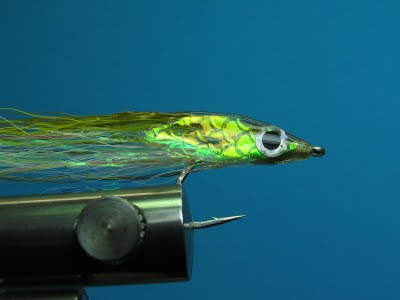 I received an email last week from my pal Pete Gray in the US... Pete has taken a break from fishing to tie up some eels using some lateral scales from Bear's Den (Ma) and encapsulating with BUG-BOND™ Original and curing it with the all new BUG-BOND™ Professional UV curing light to give an excellent Tack-Free finish (no overcoat required)... I think the results speak for themselves... these Phlyz are very cool! Just add stripers!
Posted by David Edwards at 08:50 1 comment:

New Team Members and a Workstation... 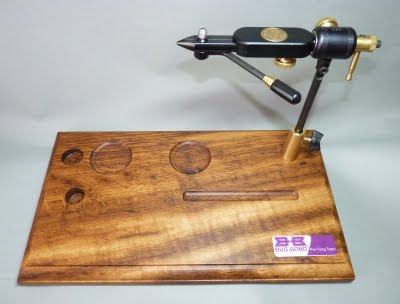 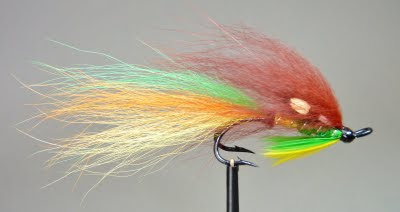 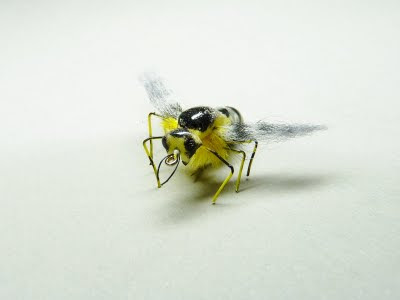 The BUG-BOND team increase by two at the BFFI... I'm pleased to announce that Skúli Kristinsson (Iceland) and Paul van den Driesche (Netherlands) have joined the Pro-Tying team. You couldn't have two very different fly tyers... both tyers produce excellent flies. Paul is well known for his realistic flies whilst Skúli's rows of immaculate salmon flies are legend!
At the BFFI Chris Reed set my Regal Vise on a workstation he made for me with a matching flystand... the brass hardware is courtesy of Riny Sluiter. If you want a workstation making contact Chris by emailing him direct at chrisreed@chrisreed.co I think you'll agree the workmanship is fantastic!
Posted by David Edwards at 12:46 No comments:

A Rogue Angel, the Lakes and a first on the fly!! 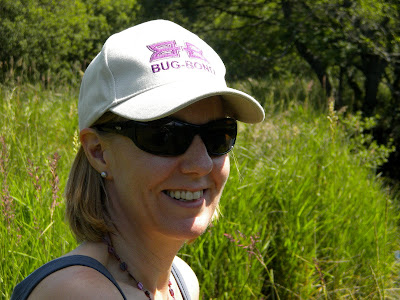 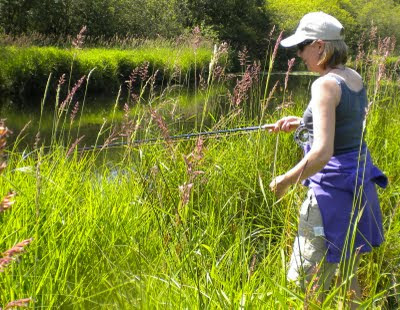 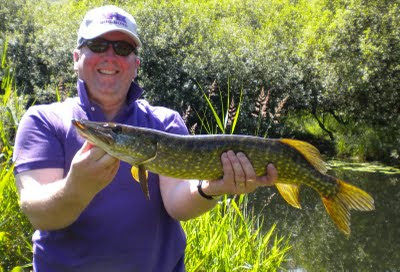 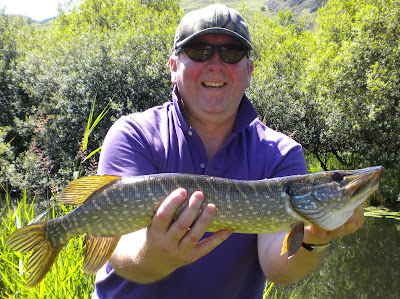 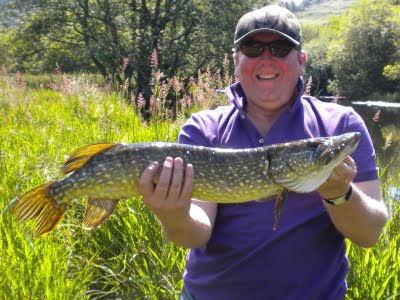 I have such a lot to blog at the moment but you'll have to bare with me on this one... A rare weekend away with Janet (my wife) and one where I managed to get her to agree to fishing with me! Now it either goes horribly wrong or goes incredibly right... lets just say a few things fell into place.
Having decided where I wanted to fish we fished some place else as we had an access problem... I was the only one with waders! Short straw in place I scouted the water from behind high grasses... small trout fry shoals and there was a pike suspended in the gin clear water close by. I moved Janet to a different piece of bank and had her cast the fly rod for the first time... now ideally we would have done practice on a lawn. However, this was a "fait accompli" situation where it was learn on the job. Janet was casting... not pretty but doing the job! We'll work on technique with a lesson or two in the near future. I placed Janet by the lily pads and I moved up river to cast a line and quite soon I had an excited "what do I do now?" with foaming water at her feet. We netted a lovely fish that fought hard but was brought to the net quickly. Janet didn't wish to have her photo with the fish so your guide did the honours!
This was a special fish as I wanted Janet to have the honours in getting fish 50 on the BUG-BOND rod and it was her first fish on the fly as well. I was really pleased for her... it was a great start to the day!
We then moved down stream where we swapped a floating line on the BUG-BOND rod with the flashtail whistler for the Loomis with a Rio Striped Bass line and a Jonny King built Kinky Muddler... I put her on another mark and went to sort out my rod... I hadn't even touched the rod and I heard "I've got another!"... after a short fight the fish came to the net... it was now Girls 2 to Boys 0! I regained some honour by hooking and landing a fish soon after...
We cast some more dropping a couple of fish but called it a day wanting to ensure Janet enjoyed the day... I think she did!
I recall an e-conversation with K8 Taylor from the Rogue Angels blog where I said that I wanted Janet to experience what I do and K8 I did it... maybe took me a bit longer but we got there in the end. Another Rogue Angel is born?
PS fish are shown in reverse order... bottom image is Janet's first fish!
Posted by David Edwards at 19:42 No comments: