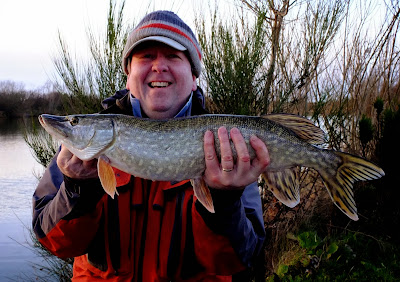 At three in the afternoon on a cold winter's day stood by a river casting flies... can't think of a better way to burn off the Christmas excess! Potentially the last session of the year and looking forward to 2014...
Posted by David Edwards at 17:05 No comments: 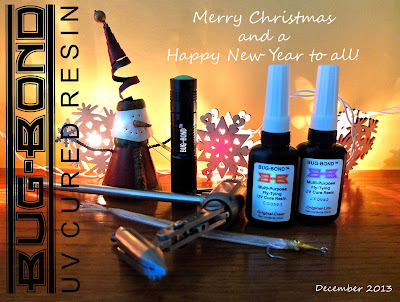 To all BUG-BOND supporters,followers and friends,
have a Merry Christmas and a Happy New Year.
Tight lines for 2014!

BUG-BOND gets the thumbs up from 'General' Lee

Social media and the internet is responsible for folk not getting out and about as much and experiencing the great outdoors... they want a "cuddly" and  "gentle" outdoors... it isn't, fact, it is red in tooth and claw... nature is wild and at times unforgiving. For those of us that do use the great outdoors the internet is a great method of collection and exchange of information... I have a Twitter account and I tweet occasionally! One of my Twitter followers (Lee Blanton) contacted me from the US and sent me some photos of his flies. 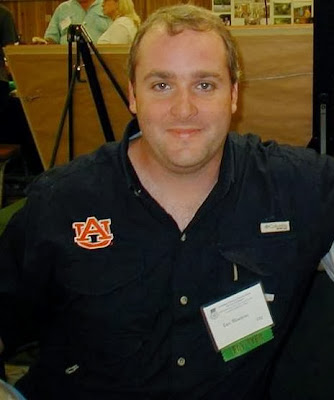 Lee is based in Texas and in his repertoire he ties poppers and decorates them using the Copic marker pen/airbrush system and then coats and cures using BUG-BOND. I am intrigued by the Copic system... Lee's local fly shop stocks a lot of WAPSI products and as regular readers will know WAPSI is the North American distributor of BUG-BOND resins in addition to Veniard Ltd who are the Worldwide distributors of the BUG-BOND brand. Inviting Lee onto the team will add another dimension to the team and increase what we do in the US. 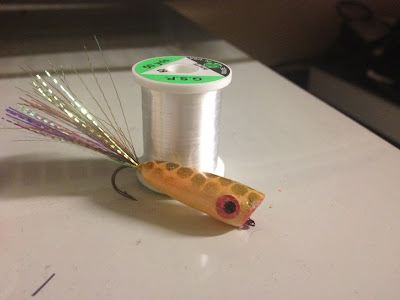 So here is a little bit about Lee and some images of his poppers!

"My name is Lee Blanton; I was born and raised in the South Eastern U.S. I started my fishing on small creeks and streams of north east Alabama, and fishing the Great Smoky Mountains of East Tennessee.

I first picked up a fly rod at age 10, it was a Wright McGill Aristocrat that was my great grandfather’s.  Shortly I was addicted and began tying flies, mainly warm water popping bugs to catch those pesky little sunfish.  Living on a farm we were lucky enough to have a small stream and a creek running through the property. These waters were where I tested my latest fly.   By age 16, I was fairly confident in my tying and starting turning out some trout flies for those small mountain streams in East Tennessee. During my high school years I got involved in water quality assessment, which was not only great for checking water quality but also with aquatic entomology.

My professional tying career started in 2007 in a local shop for some demonstrations and lessons. From there it has evolved into four or five shows a year mainly around my home in Texas (hopefully growing in the near future).  My speciality in tying is warm water flies and poppers, but my true passion is trout, especially those small mountain brook trout of East Tennessee."

Welcome to the team Lee! 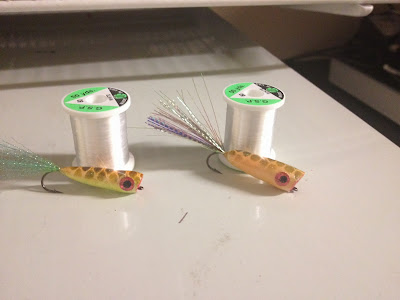 Posted by David Edwards at 11:19 No comments:

I was talking to my pal Chris Sandford about shooting a video with the new retro fit BUG-BOND footswitch for our Professional UV light (powered by an AC/DC adapter) and he said... "It's already been done mate!" Chris had already shot the footage as part Episode 3 of his online magazine called STUFF... and STUFF is FREE! Yes, free STUFF from Chris Sandford... as a bit of a seasonal gift to fly tyers the world over he has done a director's cut of the BUG-BOND Glass Bug... store it as a fovourite to your desktop and check his website www.chrissandford.com as there is a load more STUFF there and it's all FREE!

In this great step by step video Chris demonstrates how well the footswitch works... it is a retro fit to the existing Professional UV light, it dispenses with batteries and gives constant levels of UV from the grid! In addition you also learn how to tie the B-B-G-B. It’s the fly that helped the ‘Dream Team’ win the 2013 River Test ‘One Fly’ Competition, so it’s worth having a few in your box....

... and the BUG-BOND product range is a suitable gift idea for the fly-tyer!

Posted by David Edwards at 12:05 No comments: 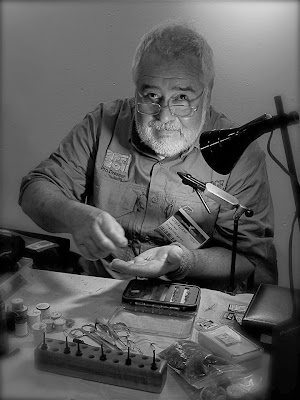 I'm delighted to announce that the much admired and well known Welsh fly tyer Trevor Jones has joined the BUG-BOND Pro-Tying Team. I have met Trevor at the British Fly Fair on a couple of occasions... and we've conversed a fair bit on social media as well.

Trevor's ability was summed up in a conversation I had with another highly respected fly tyer.. "He's one of the best technical tyers there is to be found!"

It says it all... a great addition to the team! 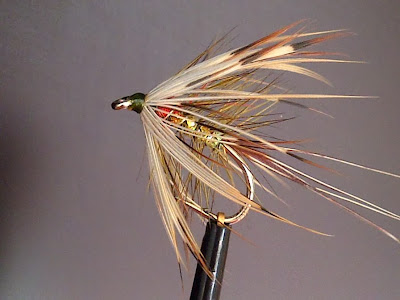 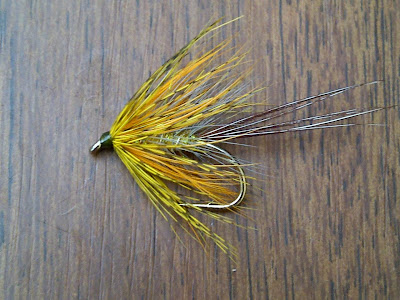 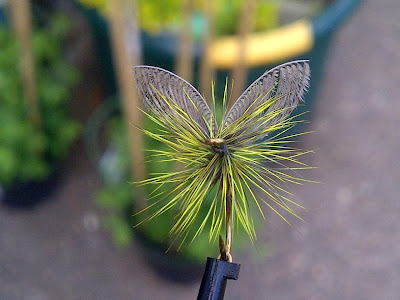 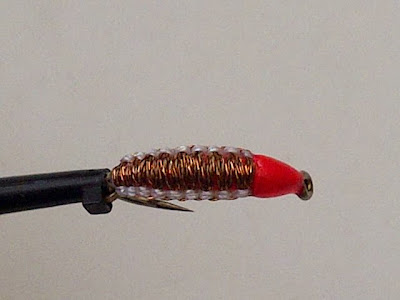 Here's a piece on Trevor by Trevor...

“My name is Trevor Jones, I live in North Wales, I have been a fly fisherman & fly tyer almost as long as I could walk, I still vividly remember my first fish, Since that first fish, several more have done me the honour of coming to my net and certainly for the last 40+ years they have been taken on flies which I have tied myself.

During my lifetime I have seen many, many things and new innovations in fly tying, but the exciting thing about fly tying is there is still so much to be discovered and learnt.

The great passion in my sporting life is being able to help others discover the joys of fly-tying & fly-fishing, to that end, I have be invited as guest flytyer at many fly fairs throughout Europe, these include; the Swedish, Finnish, Dutch, Irish & British fly fairs, plus many other more local events during the year.

My fly fishing has also been quite diverse, I have represented Wales on three occasions in both European & Commonwealth Championships, Captaining my country on one occasion.

I have for many years, coached and guided many people in the art of fly fishing, but my proudest moments were being ask to coach the South African fly fishing team prior to a commonwealth championships, I was again honoured to be asked to guide for the Australian fly fishing team in 2011.

Not everyone will have the opportunity to guide or coach a national team, It was a great honour, but, the opportunity is open to all, to enjoy the most fulfilling sport on this planet. As you will see from the photos, my fly tying is quite diverse, small spider patterns or Salmon patterns, but above all I tie flies to catch fish, with materials which are readily available to everyone, I see little point in demonstrating a fly knowing people CANNOT get the materials.

Tight lines to all Trevor “

Welcome to the team Trevor!
Posted by David Edwards at 00:45 No comments: 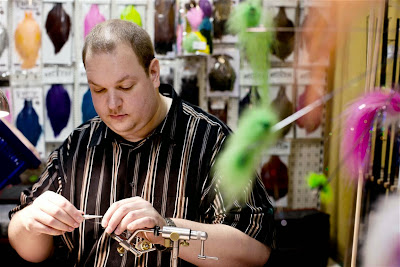 My long time pal Simon Graham first alerted me to Holger Lachmann. Holger is a talented young fly-tyer that I personally admire for both his great attention to detail and his principles.  Holger and I enjoy good banter across the internet... our sense of humour is very similar and I was delighted to meet Holger in the Netherlands last year at the Dutch Fly Fair (2012). 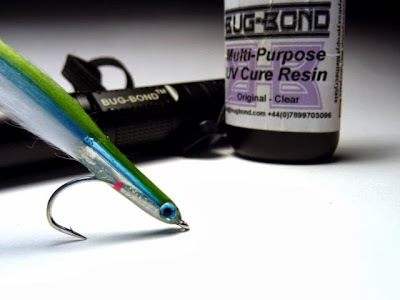 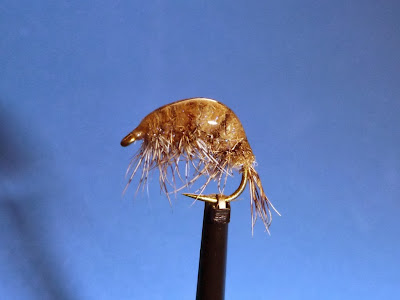 Holger's attention to detail is not just to the fly he has tied but the materials he uses... only the best is good enough... a tyer without compromise. On that subject Holger has tied with all the current light cured resins and he has decided that the best of the crop is indeed BUG-BOND... He hasn't been pushed or cajoled into using BUG-BOND or into becoming part of the team... it has been very much an embryonic process. There has been an open invite to join the BUG-BOND team for well over a year and I was delighted to get an email from Holger last week saying that he would like to join the team, even though I couldn't provide him with the Bentley GT Continental and Bond girl that he requested. Sorry Holger! 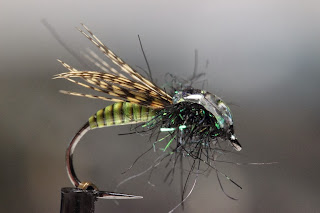 Here is what Holger has to say about himself...

"I was born in 1981 in a little town in Germany called Höxter next to the river Weser.

As long as I could remember fishing was always an important part of my life. My  father was a very successful fisherman and he taught me all the little tricks when I was a little boy. Most important he taught me to respect all the creatures in and around the water and the water itself.

At the age of twelve I bought my first fly rod and I was lost when the first trout took my fly. At the same time I started tying my own flies. Three years later, I was 15 years old, I decided to fish “fly only” for the rest of my life.

I continuously tried to improve my tying skills over the years up until now. My tying range is nearly everything from small nymphs and dry flies for trout and grayling, up to big pike streamer with a length over 20 cm, with a special love of tying patterns for sea trout fishing in the Baltic Sea. 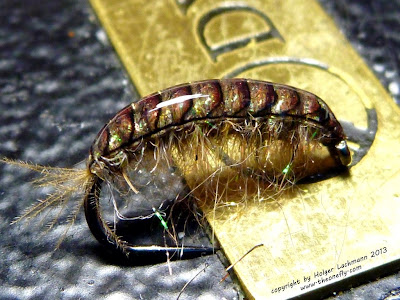 One of my main goals in fly tying is to create flies which not only look nice in the vise but they have to work well in the water and most important the fish must love them. 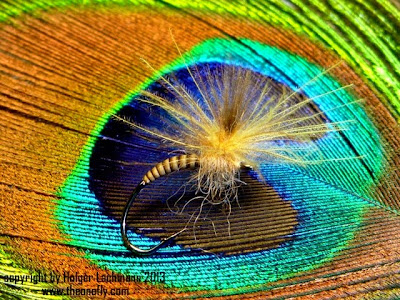 Being out in the nature casting a fly into some kind of water is just the pure joy for me." 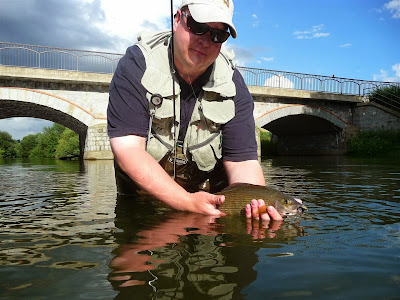 Holger has a blog called The One Fly... which you will find both informative and inspiring! 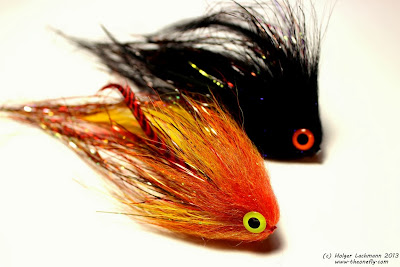 Feast your eyes on some of the flies here... its the tip of the iceberg. 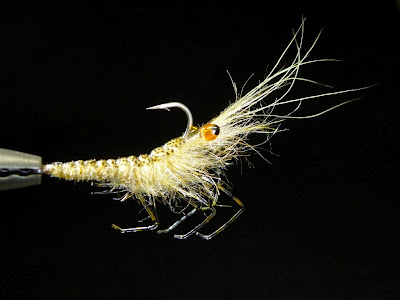 Holger joins an enviable team of great fly tyers who use BUG-BOND and support the brand... I am grateful for the support and the friendship...

Welcome to the team Holger! 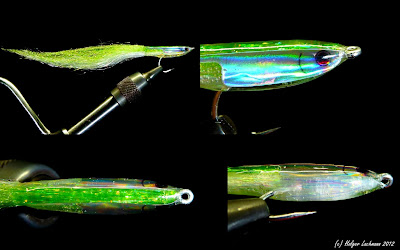 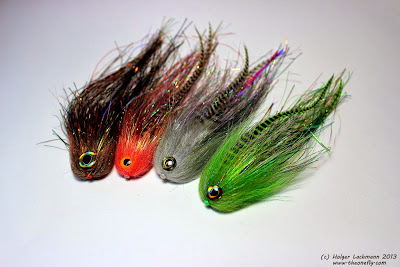 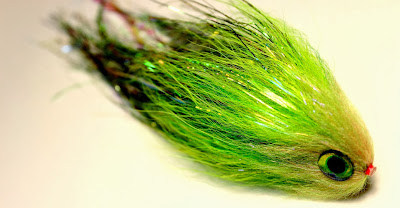 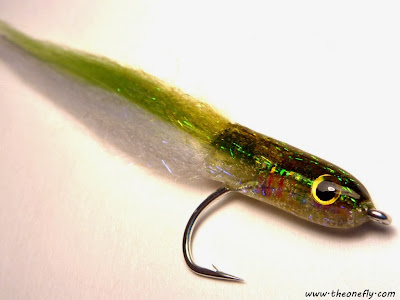 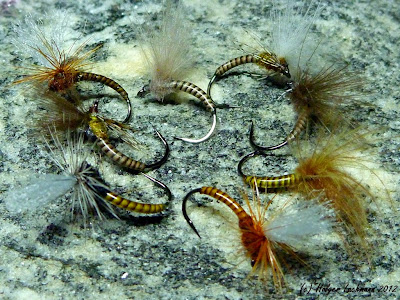 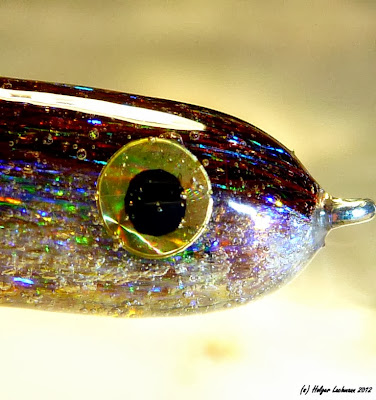 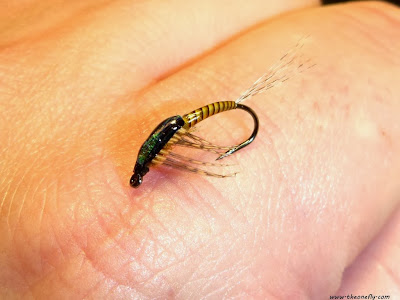 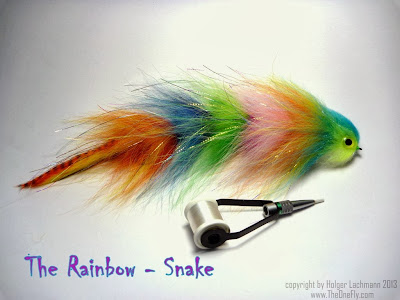 Posted by David Edwards at 22:37 No comments: