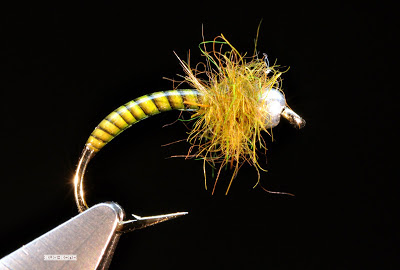 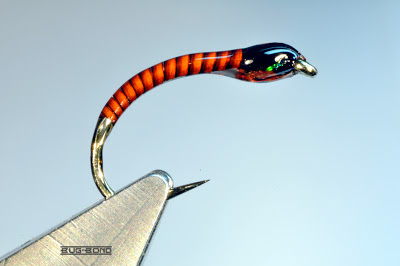 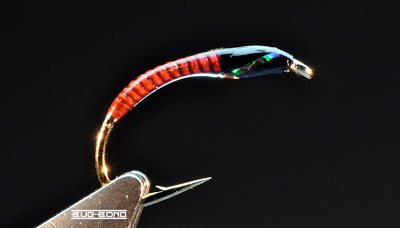 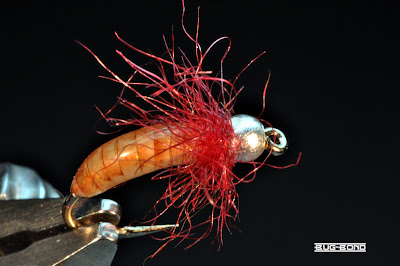 Reflecting on the year that was... for BUG-BOND this was our year... the year that we put the "CAPS LOCK" on, when we typed the word GLOBAL. With Veniard and latterly now Wapsi Fly we have got our logistics in place to deliver BUG-BOND virtually anywhere in the world. BUG-BOND got another award... its second, Best Fly Fishing Innovation Award.

For me it has been a year of many shows which included travel overseas to the US and Europe... It kicked off with the Fly Fishing Show at Somerset New Jersey, USA in January and I've accompanied Veniard to EFFTEX in Paris, France and Tackle & Guns Show in Warwickshire here in the UK. I've tied alongside great friends in Glasgow, Yorkshire, Netherlands and Stoke-on-Trent. BUG-BOND has featured in books and DVDs by Chris Sandford, Hywel Morgan & Barry Ord Clarke... There were many articles in magazines across the globe this year... our wings are spread!

What of my fishing and tying this year... a tough start to the year and an overseas trip to Aruba that proved to be a hard but nevertheless an enjoyable education to flats fishing. The second half of the year proved better in fishing terms with pike providing willing sport together with my trophy perch!

My tying has ranged from saltwater flies to offerings for trout... the latter has provided entertainment to the extent that I must fish for them next year!

I'll leave you with a few tyings of recent weeks which include Polish Quills and Nymph Skin... enjoy.

Posted by David Edwards at 22:13 No comments: 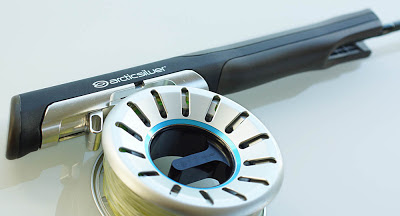 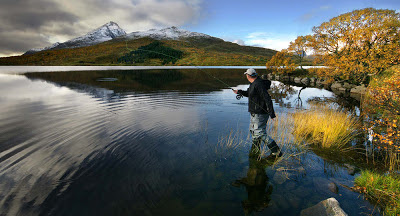 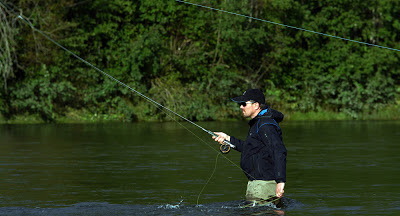 I do have a tendency to look at products that have a different slant on life and this rod and reel caught my attention... to say it is different is not quite an  understatement... it certainly doesn't look like any other fly rod handle and the way that both the handle and the reel seat are designed they certainly score on different!

So why is it different and what has Robert Selfors and his team set out to achieve... well they have looked at adding more power into the rod... or the same  power but less work to do it. Robert's idea was born out of 2 years of chronic tendonitis and being unable to fish as much as he would like he put his design head on... and he designed a rod handle that would allow the rod to generate more energy with less force by having the blank flex within the handle.

After testing the rod they used indiegogo to launch their funding campaign and 5 days ago they reached (and exceeded) their target. I will look forward with interest to seeing their saltwater rods as they become available!

To find out more about their story... click here

Robert... every best wish for 2013 and much success with the venture!
Posted by David Edwards at 23:53 No comments:

I reviewed Hywel Morgan's new DVD last week and I have a copy up for grabs... Yes, FREE! Well almost... you have to enter a competition for it first to be in with a chance of winning!

There is a very active BUG-BOND Facebook Group and that is where the competition is being held. Click the link here to join in... you have until the 19th January 2013 to enter that fly... its open to all and its any river any river species so trout to golden dorado its up to you! 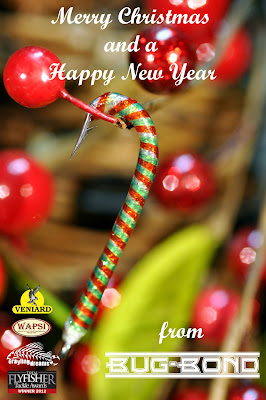 BUG-BOND has had another tremendous year and I'd like to thank all those who are part of and continue to support the multiple award winning brand. I'd like to wish everyone all the best for Christmas & the New Year... and in light of today's sad news in the US "Hope, Peace & Love" have never had a greater or more poignant meaning.
Posted by David Edwards at 22:11 No comments: 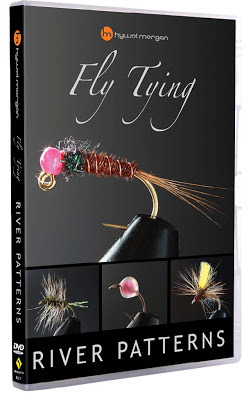 Well a DVD produced by Hywel Morgan hit my desk today... River Patterns... and what a fantastic DVD it is... all the way from tool choice, through thread control and then to 10 killer patterns (two include BUG-BOND - one being the killer egg pattern!).

Here is what they say!

“River fishing can provide some excellent sport on the fly, and if it’s one you’ve tied yourself, then it’s even more rewarding.” - Hywel Morgan

In this instructional DVD join professional fisherman Hywel Morgan behind the vice, as he ties a selection of river patterns that has helped him achieve success in rivers nationwide.

With ten different patterns of dries and bugs to choose from Hywel demonstrates how to create everything from a single salmon egg to a cased caddis. Each tying sequence has been filmed with an extreme close up of the fly allowing you to study the finished article in detail so you can achieve perfection.

For beginners new to this rewarding pastime Hywel has added a section covering all the basics including the equipment, materials and tying techniques. For viewers already familiar with the subject, the interactive menu makes it easy to jump straight to the section of interest and begin tying. With something for all abilities this programme will help you create ‘killer’ patterns making every river fish hooked twice as satisfying.

Available from www.hywelmorgan.co.uk or Amazon... what a great Christmas stocking filler alongside the BUG-BOND kit!!!

I have one DVD that I will put up for grabs as part of a competition... what this space for details

Posted by David Edwards at 00:59 No comments: 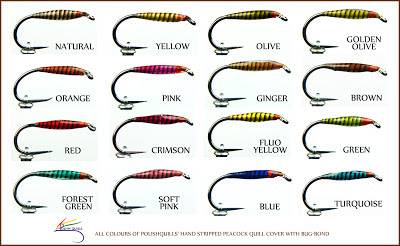 Following on from our recent award, Wojtek Gibinski of Polish Quills announced that his hand stripped peacock quills and BUG-BOND is the perfect marriage.

"I've been working a bit on our quills and BUG-BOND. All I can say - the combination exceeded hugely my expectations. The picture presents some of our quill colours under BUG-BOND - not flies, just quill wrapped on a hook by an inexperienced hand- I do think that nymphs built with this combination will be great looking in anyone's box - Polish Quills is working on some quill & BUG-BOND patterns to put on the market somewhere beginning of next year." says Wojtek Gibinski, owner of Polish Quills.

Polish Quills are now distributed by Veniard and the stripped quills with BUG-BOND were a real hit at the Tackle & Guns Show in October.

Double award winning BUG-BOND is distributed worldwide by both Veniard Ltd (UK) and WAPSI Fly (USA) and in Scandinavia by Grayling Dreams (Sweden).


BUG-BOND Tack Free Performance from 2009
Posted by David Edwards at 11:29 No comments: 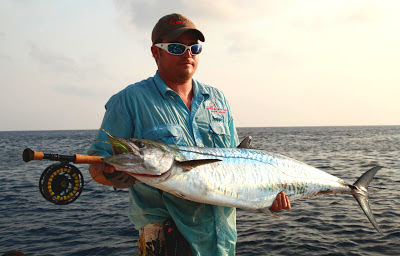 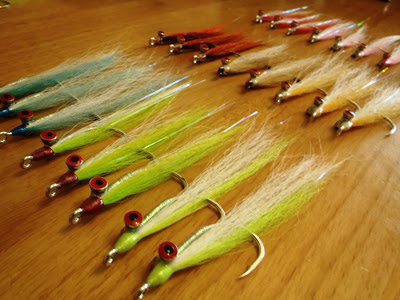 Glynn Henry and a group of friends (which included Glynn's late father) went on a trip of a lifetime to Bassas da India... they filmed it as well... it didn't go all their way weatherwise, but there were shared experiences that will never be forgotten and this comes across in their DVD (which I reviewed a while back - but its Christmas and if you haven't got it then get it!).

But that's not what I'm blogging today its those mega-clousers - notice anything familiar in the mouth of that Spanish Mackerel? Yes, neatly placed is a chartreuse fly in the mouth of that fish (stuffed in its gob!)... Talking to Glynn by instant message on Facebook he confirmed the fly... and why Bug-Bond was used... "Yip it was on my hammerhead clouser. A massive megaclouser with extra Bug-Bond for longevity. Those teeth on that thing are mental"

Tying a fly is only a part of the equation... proving it is another. I think you did Glynn! (thanks for sharing).

What can you do when a prolific fly tyer sends you that many emails with photos of ties?


The answer is simple - collect and share! Pete Gray is a prolific tyer on the North Eastern seaboard of the US. He invented Phly Welding... search for it on Google... and he ties with BUG-BOND... usually on hook shanks but also on tubes... interesting ties that catch! Or should that be "interesting welds" 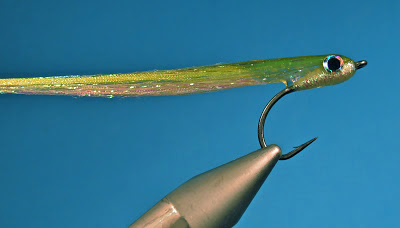 Posted by David Edwards at 08:23 No comments: