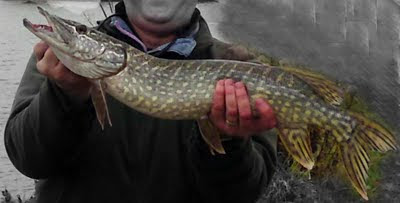 Freshwater Tarpon? or Six of the best! 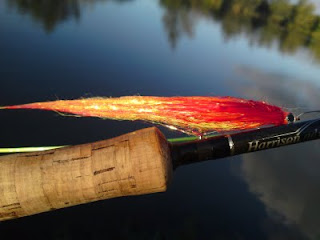 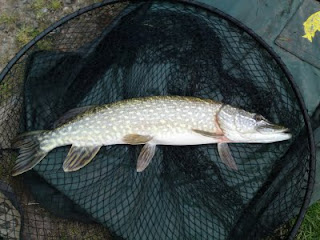 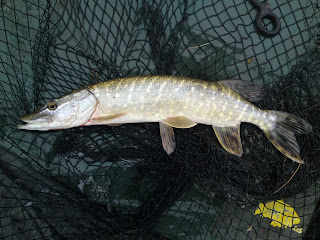 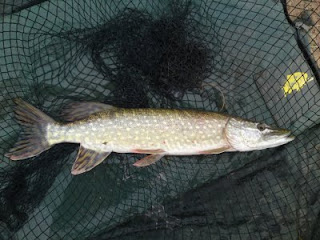 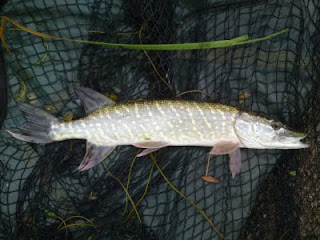 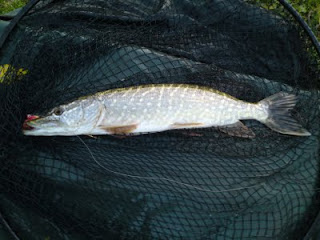 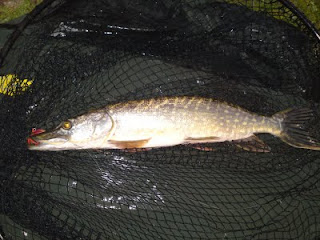 My God, I am knackered!

Now I say 6 pike but I think it is technically 5 as the bottom two appear to be the same pike! This pike was caught within half an hour on the same fly!

The first small jack was quite memorable in so far as I'd had a follow from a big pike and when recasting the fly it was absolutely hammered and I thought "Bingo!" sadly not as a jack of about 12 inches gave up after a brief struggle. The second tiddler did the tarpon thing, generally throwing itself everywhere. However, pike number 6 at 8lbs on the nose was a real scrapper and also went vertical doing the tarpon dance!

The fly... similar pattern to the one I usually use on the venue BUT tied slightly differently and with a few additional ingredients!

A day to reflect on... I'll probably fall asleep on the sofa shortly... never mind I can always go after the bass tomorrow!

It's been almost a year since my old pal Mike Helliwell from Harrison Advanced Rods has fished with me... so we eventually rectified the situation a little over a week ago!

We met up after work and decided to work the magic with a few flies across the water. I felt that I had to show Mike some sport and I suppose was able to act as guide. I was at the venue before Mike and saved two marks for him to have a go at where I knew there would be a pike lurking. Sure enough once he'd got his eye in I got a stifled whistle cum call and I looked up to see a rod with a severe bend in it! Lovely.... I thought we were on for a photo but Mike horsed him a little too much and off he went back into the depths after slipping the hook. Moving around the corner Mike attacked the mark from a different angle and it paid off with a strike by another fish.

My aim for the evening was a bit of a social and to get my hands on Mike's new 8wt blank. The rod cast well even for a self taught caster like me... a brief go but another bit of experience to put into the mix!

So no photo of Mike with the pike... NO... but here is a clip from Sky News about the success of Harrison Advanced Rods. Steve Harrison strives constantly to deliver perfection... you only have to race with him on a yacht to witness it first hand. His desire to win is really infectious! Well done Steve & team.

Oh and Mike features in the video!

Posted by David Edwards at 21:11 No comments:

And the first of the Autumn/Fall! 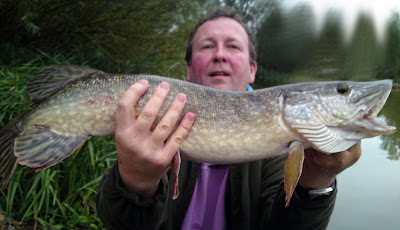 The value of stolen moments to go fishing are worth their weight in gold… after a busy day at the office, home to cook dinner for the family and out in time to get the last real hour of light… 2nd mark and two casts in…. fast strip and halt the fly and strip/strike…. After a good scrap an a 8lb pike yielded to the net! It was looked after and went back well!