2014 Starting as we mean to carry on! (and a bit of painful learning along the way) 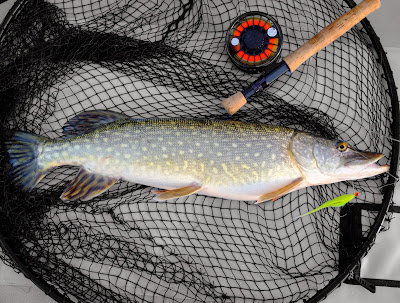 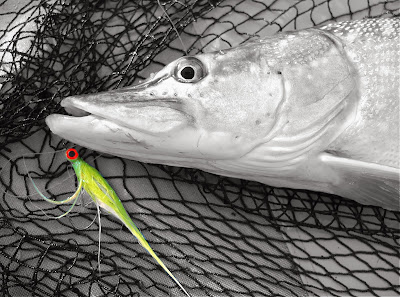 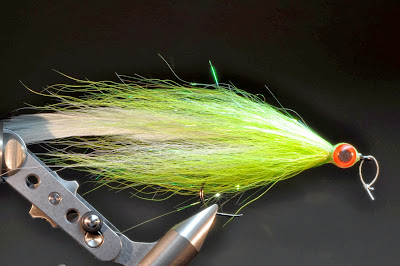 After a good mauling in January 2013 and still going strong!

2014 got off to a good start... a day earlier than I did in 2013! The same fly is still being mauled (a good twelve months of it!) and its simplicity and durability is paying off big time! BUG-BOND on the head... nice and simple!

Today was bitter sweet... today I started the account for 2014 in pretty much the same way as I ended it... small fish on and off and then a capture... both short sessions. Today it was in the midst of a storm... I was lucky and though I do know where to winkle them out... most times!

That was the sweet...

Another angler was doing some mixed fishing... roach and roach hybrids... with a bung in the side with a smelt on. He'd had nothing. I moved and heard him shout that he had one on... went over to see him land it and it was a fine pike of 5lbs or maybe 6lbs.

His forceps weren't long enough and I carry a set of 12 inch forceps... just in case! This was the second time I've used them in about 6 years or so... both occasions on other people's fish! Sadly with spectacles on I could see that the smelt had been taken well into the stomach of the fish along with a set of trebles and these were not coming out and were fixed. No matter how carefully I worked I knew that if the fish was put back it wouldn't survive... these are fragile fish. I've never actually killed a pike before always choosing catch and release... I think in all honesty the fish was dead before the last rites were issued... great shame but a learning experience. I felt sorry for the guy who was obviously gutted (excuse the pun) he'd never lost a pike before... and was visibly very shocked.

The key I think is that the strike in these cold days should be the instant the float moves otherwise the torpid pike may swallow and ingest the bait along with the ironmongery rather than picking it up and running and being hooked in the mouth... OK, so maybe you risk missing a take but I'd rather that than... well you know!

I know that the fly takes have been gentle on the last two outings. Well those are my thoughts - I haven't bait fished for pike (or any fish) in years and prefer the single hook - fly approach!

We'll park that experience and carry on with the fly.

Posted by David Edwards at 20:06 No comments: