I had the great pleasure of meeting many fly tyers at the International Fly Tying Symposium in New Jersey in November last year... due to a variety of commitments I was unable to attend this November.  I missed the genuine warmth that comes from this show... the welcome I had in the US was fantastic. My first welcome though was from Brad Buzzi of BuzFly Products who kindly offered to pick me up from the airport and take me to the hotel... Brad is a hell of a nice guy and a great flytyer.

Brad emailed me recently to say that he'd been using Bug-Bond as an epoxy replacement on his Deep EZ Sand Eels and some of his other fly patterns... he also said "I like the fact that Bug Bond cures quickly and gives you a consistent finish that is easy to apply and durable when cured with the proper light".


I noticed on Stripersonline some time ago that Brad started to produce some great instructional videos and I'm honoured that he's chosen Bug-Bond to feature in one of his latest videos...


So click the link and watch Brad Buzzi of BuzFly Products in the US tie the Deep EZ Sand Eel.... thanks Brad and I'll be tying some of these for a mark I know in the UK!

Flybox & Bug-Bond: a marriage made at the vise 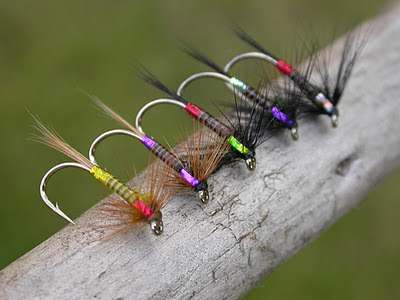 I received a  call earlier this year from Ian Christie who owns Flybox a company based in Scotland enquiring about Bug-Bond.  Flybox has built up quite a following and justifiably so as they manufacture and distribute their own high quality materials and flies. Ian had been testing alternative UV products but they weren't hitting the mark for him and he asked to test Bug-Bond... I'm pleased that the tests Ian performed went well (not unexpected really) and that he found that Bug-Bond is the real deal! Ian has been using Bug-Bond on their flies since then and my does he produce a nice fly or two.... (or three or four!!). 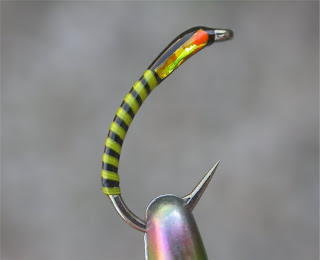 This is a piece about Ian and the flies are a small selection of the images he sent me! Faultless tying!


Thanks for sharing Ian and for putting your trust in Bug-Bond...

"Passion for fly fishing seems to be genetic in our family – my grandfather was a fanatic, my father an enthusiast, and so it seemed perfectly natural that I followed in their footsteps. Highly involved in club fishing as a teenager, I first took up fly tying when I was around 15 years old and I’ve been hooked ever since. For me it’s very much a creative process, finding new materials, developing new patterns and coming up with deadly combinations that give you that much needed edge when you’re on the water. 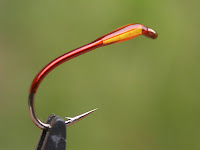 In 2004 I took my passion to the next level and founded Flybox.co.uk which allows me the freedom to do what I love for a living. As a company we continue to push the boundaries in fly design and fly tying materials, specializing in synthetics. For me it’s about being at the cutting edge of the market, working with competition anglers to make sure they have the best flies and materials available to them. 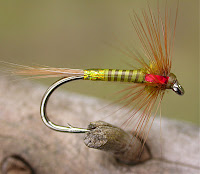 It’s highly competitive at the top end of the fly tying market and I’m very lucky that I’m able to work with some of the best anglers in the country. I’m always striving to ensure that we are using the best combination of hooks, materials and the latest design techniques. Our designs, as a result, can seem highly unusual to those used to the more traditional fly patterns. However, at the end of the day, it’s catching fish that counts and they love to gobble up our patterns so I must be doing something right!" 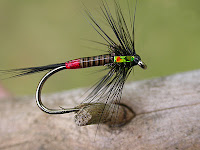