February is never an easy month, in the Northern hemisphere most are deep in the grip of winter and suffering post-Christmas blues but it is punctuated with Valentine's Day to lighten the dark days. Two years ago it took on a different meaning for me personally and one that I have struggled with and not written about before.

It is a post about the loss of my brother almost two years ago… a loss that I have struggled to come to terms with. They say men are not good at sharing emotions… they also say it isn’t a man thing… I’d say it is a personal thing and sometimes joined up thinking is hard.

This post has been driven out of me by circumstance and a phone call from Ian Christie, friend, BUG-BOND Team member and owner of Flybox International in Scotland. Ian rang me to say that he’d set up a monthly NOT-FOR-PROFIT Charity Fly Event via the Flybox Facebook page and would the greater BUG-BOND Team get involved. I said that I was sure they would… have you got a charity in mind and when is it going to start… No and February was the response. I don’t know why or how but I said that February was a key month in my life because of the loss of my brother and I’d be pleased if Leukaemia & Lymphoma Research was chosen… Deal done and now to email the team… the support has been phenomenal, not only from the team but from people who have never heard my brother’s name before.

So a bit of background as to why Leukaemia & Lymphoma Research…

I have two brothers… rather had… Haydn & Jonathan (Jon) both younger than me – Haydn was the middle brother. Born in December 1964… he went to Art College from school at the age of 17… he was a talented artist, photographer and film maker.  Above all though, he was a car nut and the Mini designed by Sir Alec Issigonis was the constant thread in his life… he was a self-taught welder and with his artist’s eye rebuilt Lamborghinis, Jaguars, Porsches and of course very many Minis… He did it as a job but it was more of an art form to him.

Back in the summer of 2011 he became ill and his business had to be closed… he was diagnosed with a blood related cancer and went through courses of chemotherapy… he did well with it and had a stem cell transplant in the November that year.

In January 2012 I phoned him before I got on a flight to New Jersey for The Fly Fishing Show in Somerset... he sounded great and I promised I’d visit him on my return to the UK. I was buoyed by his voice and the knowledge he was OK. I was away for 4 days… what can happen in 4 days? I touched down in the UK to find that he’d gone for a check-up and was back in hospital. The events of the following 13 days are still difficult to compute and are too personal for this blog, save that I spent most of my time during his last 5 days being with him. He sadly passed away at around 10.20 in the evening on 13th February 2012 at the young age of 47, his strength and resolve beyond reproach and his dignity intact.

The next bit is “the how” the how you can help and this is where Ian Christie comes back into the frame. The Flybox Facebook page contains pictures of individual Lots of flies and fly tying ephemera… just like a real auction or Ebay… the auction is open for a specified period of time for each Lot, usually 7 days. The winning bidder then places the funds they have bid in the JustGiving page that Ian has set up. Click on my brother’s photo to take you there. The funds go directly to Leukaemia & Lymphoma Research to where they are needed.

Ian will generously cover the packing and postage unless it is a big item that needs posting internationally… then I suggest you contact him for a shipping quote.

The idea is that it is a FUN auction BUT with a serious message and whatever you give will hopefully help to save someone from a blood related cancer… so from this one loss I hope that many will benefit.

Two Lots that may interest you the first is a framed fly by a great friend, Barry Ord Clarke... you'll know him from his blog www.thefeatherbender.com and combines a fly pattern's of Barry's that was tied by him and became part of a BUG-BOND advert... in addition to the fly there is an original photo of Barry's of a brown trout... it is signed and numbered and would be a great addition to any fly tying room, den or man cave. 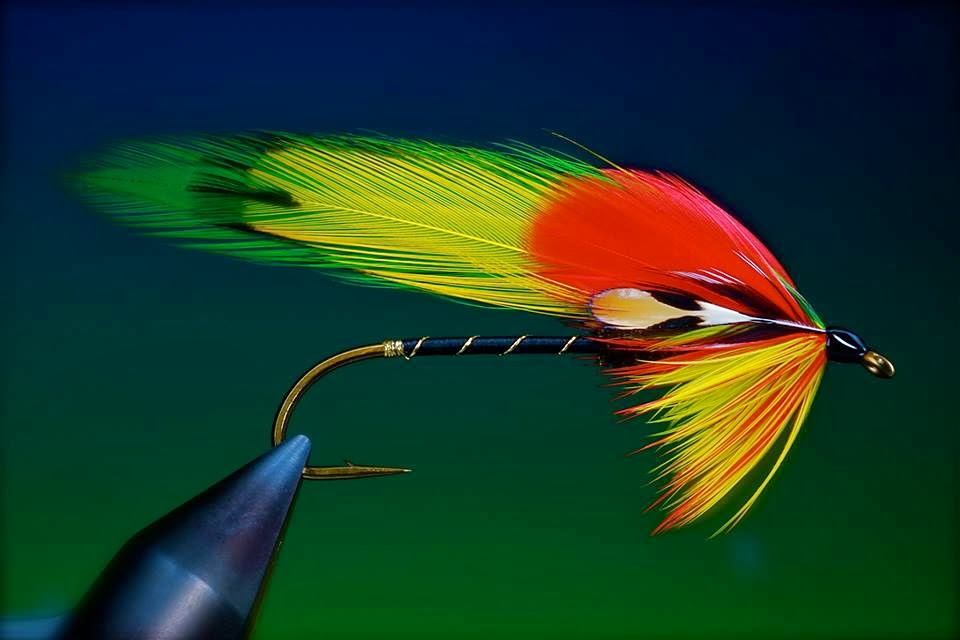 The second Lot is from another great pal of mine, Chris Sandford... there is tons of STUFF about him on his website www.chrissandford.com Chris has kindly provided a signed copy of Mayflies & More a booklet and DVD combination... 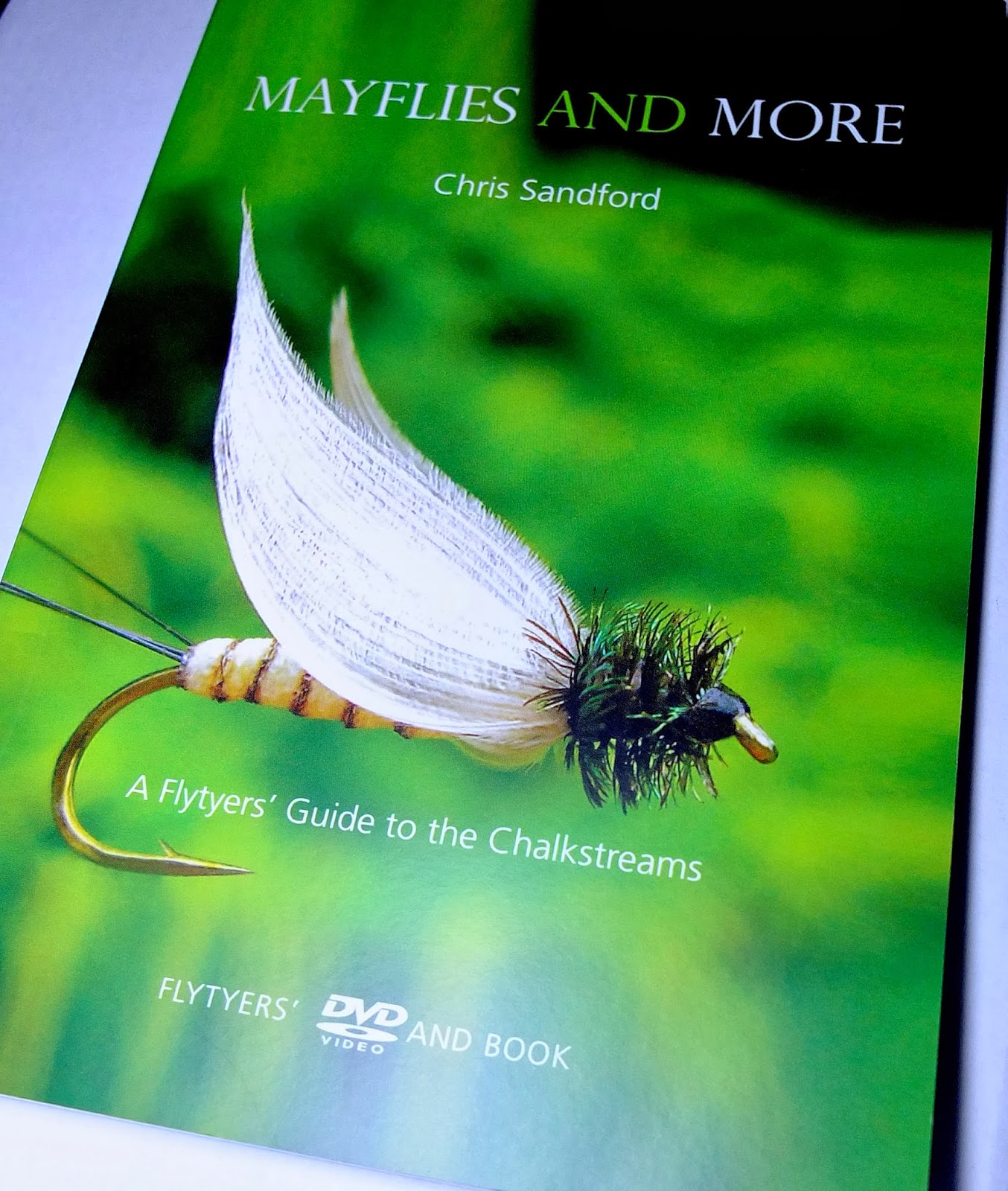 Chris is well known for his fishing – as a fly fisher, a vintage tackle collector and a fly tyer. Many of his innovative patterns have been featured in Fly Fishing and Fly Tying  and on Sky Sports' TV show Tight Lines. In this DVD he demonstrates tying flies that he has developed for fishing the rivers and still waters of southern England. The 70-minute DVD contains 10 fly-tying films demonstrating the tying of 10 flies. The accompanying 32-page, full colour booklet gives step by step details for tying the same flies, illustrated with detailed photographs.

In addition to the booklet and DVD the lucky bidder will also get 9 hand tied flies... all tied by Chris and including the two patterns that won The Dream Team, 'The River Test One Fly' competition in two consecutive years. The patterns were the Ducking Feadly and the BUG-BOND-Glass-Bug...


Happy bidding...and a massive thank you to you all!