Harrison Rod Review... Do I do reviews? 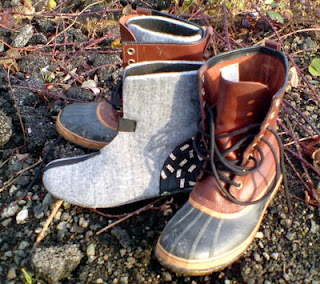 Busy, busy, busy... lots going on with work at the moment (I'm not complaining!) BUT I've still found time to take part in a little piscatorial art this week.
We've had some sharp frosts this week and I love being out and about at first light on a frosty morning. I decided on Wednesday to see what activity there was on the lake... I drove there just as dawn was breaking, the sky was an amazing colour scheme rather like a bruise of a few days... blues, yellows, purples and reds with a tinge of green stirred in for good measure... not far off a quarter moon and stars dancing in the sky. Magic!
At the lake the odd rabbit was gamboling along and a hawk swooped through the tree cover as I got out of the car. A tepid -3 degrees C... Brrr... cold!
Geared up I was casting at 0710hrs and the lake was like glass... a few rises BUT nothing to speak of... so a quick dash home. Shower & shave, then suited and booted and in the office for 10am! It's always amazed me how invigorating it is having an early start.
Today was a little different. It was a day to test a new rod. I have lusted after a fly rod of sheer class for years... well ever since I set eyes on the magic of the 'boo rod of my dad's (at age 4 plus something). Don't get me wrong the Ron Thompson MPX has served me well and will continue to do so BUT after a day of casting YOU KNOW IT! Sooooo.... the connection.
I raced for some time on a yacht called "Quattro" a Sigma 33 out of Liverpool and it was (still is) skippered by Steve Harrison of Harrison Advanced Rods (this was during my long vacation from fishing!). It has really been by accident in someways that things come full circle and I'm contemplating a Harrison blank. I was infact introduced to Steve by Mike (to get me that crewing position), a friend who also fishes and works for Steve... the basis of the incestuous relationship does get deeper in the drinking holes around town many moons ago... BUT you get the drift.
A combination I'm sure of Steve's attention to detail and what Mike "doesn't know about fishing isn't worth knowing" has drawn me ever closer to the Harrison blank. In addition to an enviable reputation, they are really nice folk and where possible I would like to support local businesses.
Anyway, I've built them up so what about the blank? I had a short go over 6 weeks ago and Mike had the rod set up with a shooting head on it which I'd never tried and it couldn't cope with the tandem... down to me as Mike could cast it albeit that it did hinge. I really want to build my own rod and rang Mike to see if any blanks were in stock... nope but I could borrow his rod! Wow! An opportunity too good to miss... Fortuitously I was in town and able to drop by the factory and relieve Mike of his 9ft 9/10# rod. A certain amount of trepidation... using someone else's rod.
I couldn't get to the lake first thing... the office beckoned and I got to the water for the right side of 1100hrs and had to be back in the office for 1400hrs to get a mailshot out to clients... tough life!
The wind was about 15mph and the first cast with this rod with my Cortland 333 Pro Pike WF10F was amazing the fly took flight and covered more ground (lake) and quicker than I'd cast before... Awesome! But you can really slow the cast down and get the loops bigger for those bigger flies.
I spent the next 2-3hrs casting a variety of flies and differing casts and all I can say was "I was in heaven". Iwas still able to get the fly onto the water as the wind built to 35mph... something I couldn't consider with the RT. The Harrison rod was light and even being a 9/10# I didn't tire using it... I rang Mike and said to him "Do you want the good news or the bad?" His response was in his usually smiley self "What? You caught a fish and the rod is in two!", I retorted "Nope! I love it and I don't want to give it back!" Generously, I have the rod for another week... I just have to get out for another session!
The blank has been ordered!
The boots... very quickly then... Sorel 1964 Pattern boots with liners, good to -40 degrees F (who knows what that is in Celsius!). £50 from the local Outlet Village... best buy ever... my feet have never been drier or warmer. Come on winter what have you got? Bring it on! 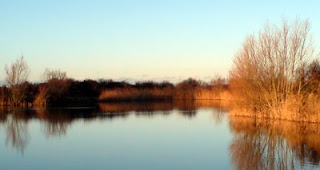 Am looking forward to seeing this new rod David.Am sure your fly-fishing will take on a whole new meaning once you have it in your hands and its chucking fluff over stunning stretches of water.